Another Year Added...Makes It 23 Today! 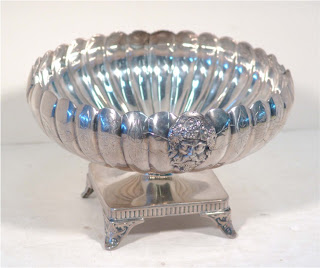 Here's a repost of a 23-year old story: Another Day to Remember A Love Story In front of the Casa Real (Royal House) or the Iloilo Provincial Capitol and the Arroyo Fountain (with its caryatids carrying a basin with fish gargoyles that sprouts water), is the once elegant Casa Plaza Hotel with its ”American Era” architectural styling and decorations. It used to be one of Iloilo’s best places to stay until the starred hotels mushroomed in this once laid-back city.

Casa Plaza with its vintage ambience was a witness to a young couple who stayed in that hotel 22 years ago today. A witness to the young couple's start of doing another chapter of their love story.

Both of them were in their early 20s, innocent looking, carefree and very young. Though young as they are, they seemed to be matured on their outlook and perception of life. They were not “tumandoks” (locals) of the place but the young man had an excellent mastery of the local dialect. He travelled all the way from a neighbouring city where he worked as a sales and technical representative of a multinational company of the Ayala Group of Companies. The young lady was an account officer of the American Express affiliated International Corporate Bank based in the City of Love.

Story has it that this young couple met when they were freshmen at the State University in Diliman. The young boy came from the hinterlands near the Stone Fort of Mindanao while the young girl hailed from the Queen City of the South. Both were on the same prestigious scholarship program named after the “dictator”.

They were serious in their studies; became leaders in their organizations; participated in demonstrations, boycotts and noise barrages; and lived their lives away from home at the campus dormitories. They were together in most of their academic activities in their university days.

When the hamburger chains were just beginning to establish their niche in the resto market at the Pearl of the Orient Seas and these fastfood chains preferred yet to hire working students from the Englishero schools, she worked at Mc Donald’s. Had the chance to work together with Richard Gomez and all those “let’s tusok-tusok the fishball” twang sosyaleros and sosyaleras. At the young boy's front, through the prodding of his barkada, had his stint at Wendy’s where he enjoyed partying with the Scholasticans and Maryknollers. While both McDo and Wendy’s were competing and warring for their market shares, the young boy and girl were unperturbed... they enjoyed their activities.

Despite her being a working student, she managed to have her name consistently included at the Dean’s List – getting flat 1’s in the dreaded Chemistry subjects. She was also an elected officer at the College Student Council. She was very conscientious in her studies. Her only way of relaxation was to “disco” after exams. She was a dancerous lady (as printed in her graduation yearbook).

The young boy though also "serious" in his studies was maybe "3/4 –hearted" towards his commitment. He was a happy-go-lucky species that would cram all the time just for the sake of maintaining a weighted average for his scholarship. He would be the best source of information on the latest movie at Ali Mall, Delta, Greenbelt or Circle. He can tell you on the latest on the drag race at Greenhills but don’t ask him the scientific names of some organism as he only memorized half in the list.

In their last two years at the State U, the young boy had his own special friend and the young girl had her own special someone. They called that kind of relationship in those days MU for mutual understanding. The young boy was very close to a Miss E while the young girl was infatuated with Mr. A. The irony of it was that Miss E and Mr A were “MUs” two years earlier.

Right after graduation from the State U, the young man and woman, together with the rest of their batch in the Scholarship Program were hired as Extension Specialists in a special project funded by the Asian Development Bank that covered all the provinces in the Island of Panay.

They were all together in their work – hopping from one place to another through overloaded bancas, fully packed tricycles, rickety jeepneys, air-cool and free-dust buses, and creaking wagons on the railway. They burned midnight candles to rush feasibility studies of beneficiaries.

They all stayed together in one apartment – all the ladies at the main apartment while the boys were booked in the tiny nipa hut extension. They washed and pressed their clothes together... filled the dining room during meal time... discussed a lot and fought at times but always made amends.

They all enjoyed their weekends and after office afternoons – eating banana que and pinasugbo... squabbling over the scrabble tiles... The beaches saw the burst of dormant ballet dancers... the small movie houses just suddenly filled when the group came... they joined the singing contest at the local radio station... they "food trip" a lot... cheered for their candidates at a local beauty contest... attended Bible Studies and fellowships...

A certain closeness and familiarity developed to many of them...

It may be that the kind of lifestyle they had could turn some people to nuts or could be that this batch of young men and women had some kind of an imbalance personality qoutients - pretty high IQs and some with low EQs?

A young man in the Project named Simon (not his real name) was madly in love with the young lady. He can’t go over that feeling and he was becoming a candidate to the psychiatric clinic. As a ploy to ward off Simon, the rest of the batch convinced the young lady to enter into an agreement with the young man to pose as her boyfriend. The smile was hidden beneath the face of the young man when this was proposed. He was tickled to the bones with excitement on the idea. He had a certain feeling for her since they left the Big City to this rural countryside which he kept on suppressing for a long time.

That strategy worked perfectly well for the young man but not for Simon. Simon turned real nuts and was taken by the local police and placed in jail when he cannot be controlled in his actions. After a few days he was brought to mental asylum.

With the sad news on what happened to Simon, the young lady wanted to take back the “drama” BF-GF relationship but the young man wouldn’t want to agree with. But being a gentleman, he eventually agreed but silently swore to have the "make-believe" relationship real without any coercion or disguise.

True to the young man’s desire to win the young lady’s heart, he was able to get that sweet YES while they had their training at a BFAR-FAO-UNDP Training Center at the Chocolate Hills and Tarsier Province. It was the coded “I COME BEFORE 50 ROMANS, NOTHING COMES BEFORE 5. INVERT 3 AND ADD YOU” written on a pink scented stationary that said it all.

Back after the short training, the love-team was always in high spirits with twinkling eyes and excited-throbbing hearts. A camel-back DT would bring the couple to places enjoying their newfound happiness. Both being ambitious, their relationship gave a new insight and direction for their careers.

One weekend at the beach, a page of the newspaper was seen flying by the young man. Being a voracious newspaper reader at that time, he picked it up but instead found the ad page and his eyes got stuck to one ad of a multi national company of the Ayala Group. He found his way to the business world and rubbed shoulders with those in his new workplace.

A few months in his new job led him to meet a VP of a bank who was interested to hire a lady from the State U to become an account officer for a special project. He recommended a lady-friend from his batch for the position. In no time, they flew in from the Big City to the Island of Panay to meet the candidate.

The young man being the host of the trip and because of the short notice requested his girl friend to arrange and contact the candidate for the interview which his girlfriend arranged to be in her office. The young man and the VP arrived at the young woman’s office earlier than scheduled and had time to have tete-a-tete with her. In a spur of the moment decision, the VP declared that he already hired the candidate for the position. No interview was made to the young man’s recommendee. The young woman was hired for the job!

It was a beautiful Thursday afternoon that 29th of January 1987, the young man travelled many miles to the City of Love together with his younger sister Z, who was staying with him while she was in college. They were going to attend a very special occasion.

The young woman was working at the bank that afternoon... had mixed feelings while doing her job... was a bit uneasy... a bit nervous yet excited. She was going to attend that very special occasion.

Two very close friends of the couple who were still with the ADB-Project, Jaime and Ariane were also getting ready to attend the occasion. They were the ones who arranged and facilitated everything for the occasion.

The sun was about to set when everything was in place for the occasion. The young couple together with the entourage entered the private chamber of the Judge. It was like playing "bahay-bahayan" for the young couple who didn’t know what to do in front of the solemnizing authority... sometimes excitement also (and not just hunger) can cause one to forget everything. All that they remembered during beautiful dusk was saying and exchanging “I do's” to each other.

They had a candlelight dinner at Hotel del Rio, serenaded by the chirping night birds that blended with the flow of the water from the nearby river and the gentle breeze in the air. Nature's serenade sounded like a stringed-trio for them while they enjoyed their dinner with their friends.

The dinner candle was about to flicker and the dark night beckoned them to move to their room at the Casa Plaza Hotel to start another chapter of their love story.