I always look forward to Thursdays afternoon because it is usually a time for me to go to Jeddah to unwind and relax... I would drop by at Al Balad, sip some cups of coffee, do grocery at either Hyper Panda or Carrefour, take dinner at Caspers&Gambini if my pocket money allows me to, else dinner will either be at Barrio Fiesta or Shawly's. That was my regular itinerary during weekends.

For the past 3 years, it was my close Saudi friend Basha who was my Thursday Club partner until he left NPC to look for some greener pastures out there. With him at the wheels and equipped with familiarity of every nook and corner of the port city, the Starbucks at Obhur, the restos and malls at Thalia Street and Corniche and his friends hives would take up our time till the wee hours of Friday morning.

For almost a year now, my Malaysian friend Sani who is our Company's IT senior programmer is my new partner on these Thursdays escapades. We convince ourselves that our Thursday trips were an inexpensive way of spending the weekend. We would often tell that we only need some few riyals for a can of Pepsi or for some cups of coffee... (Tell it to the marines...Lol).

However, Thursdays are never spent as planned. We always end up driving home with the baggage compartment filled with shopping bags, groceries, computer gadgets, etc. We've been trapped with the vicious cycle of travelling-buying- and swearing not to divert from plan... which costs us a hundred-fold inflation of the budgetted riyals for Pepsi and coffee... nevertheless Thursdays are always a welcome respite to the busy schedule during the week.

It was another fine Thursday afternoon and the weekend rendezvous was finalized early that day. Aside from Sani, 3 of my staff kept us company in the immaculately white (euphemism for newly washed) RAV 4. There was sandstorm that afternoon that could have dampened our spirits but it was not as strong compared to the ones we always experience in the past. It wasn't strong enough to blast the windshield and the headlights of the car and to limit our speed to a turtle-pace drive. So off we drove in 90 minutes the 180-km distance from our place to Al Balad.

As soon as we reached Al Balad, each one was off to his own direction while Sani and I were seated at the Bedouin inspired tent Country Cafe sipping cups upon cups of different coffee concoctions from around the world.

Thursdays come and go yet we never run out of topics and discussion about work, family, travels, people, ideas, etc. But that Thursday, it was something different. We had a special topic of interest - Sani's Nikon SLR cam! He explained to me all the photography lingo and taught me how to use it to get good shots. We were so carried away by the tutorials that we did not even notice the arrival of our 3 companions. 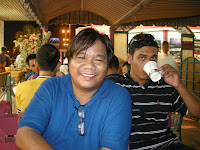 Each one completed his own personal errand that afternoon which means that anything would go the rest of time...

Zakkir completed his shopping spree for some "materials" (that's the FilBang's translation of our "pasalubong") he plans to bring along with him when he goes for his vacation. 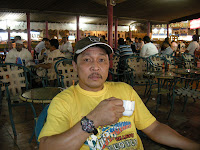 Jun was able to meet up with his brother-in-law who would facilitate the purchase of a new laptop for him. When he came, he already had his supot of pandesal. I got two and squeezed it in my palm (as I always do... those who know me will not be surprised...hahaha) before savoring the sweetness of the Pinoy bread. 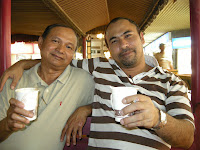 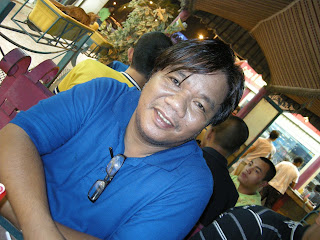 I always like surprises and I really dunno if it was the coffee (maybe I got drunk) or the squeezed pandesal (probably food poisoning) that gave me the "push button" to try publicly my luck at the shutter and lens of Sani's Nikon SLR cam. The facade of the many boutiques lining up in front of the coffee shop looked like the ideal modelling ramp we see on TV... The top choice was the display window of one of the many Giordano shops in the Al Balad area. I jokingly requested the guys to hurriedly pose ala Ford-models in front of that Giordano Shop before we would get caught. And as if they were hypnotized that they willingly paraded to the ramp without any talent fee. 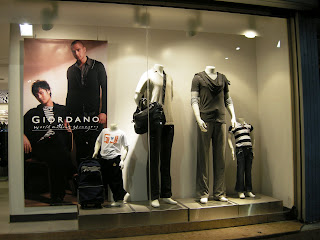 Here are some of the shots during that instant photo session. It was really fun because despite the "sora-sora" pose that each did (for fear of being reprimanded by you know who...) they really acted as if they were GQ models (LoL).

Hats off to the guys! I don't have the guts to do what they did... It's just probably that if I did, it will take more breathless moments for me to hold on to my tummy for it to be "medium" cute and come up with a photogenic shot...LoL.

Pasakalye as in advertisement muna: Reason why I had to ask them to "sora-sora" is because of a past experience I had in the past on taking pictures in public. The picture below (not SLR cam shot) was taken under protest. 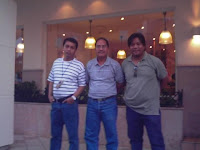 I had this bad experience many years ago at an Al Baik Resto that made me to think twice before going for public photo sessions. I was with Al Cuadro, Rey Garinganao and Mario Aguado enjoying the remembrance pose with our "close up" smiles when a local guy stopped us by saying...La La La La. All I can say now is hahahahaha! If you look at the picture closely you will se that I was really trying hard to hold on my breath! 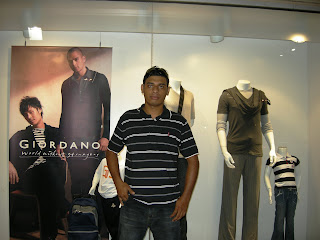 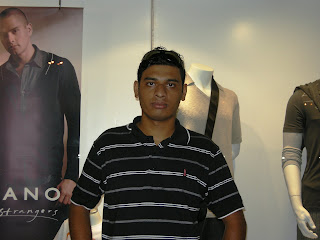 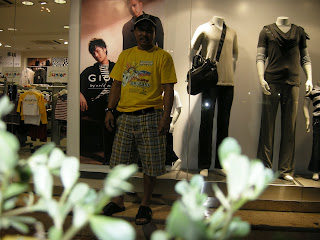 The model for the late 30's 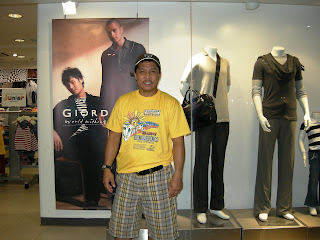 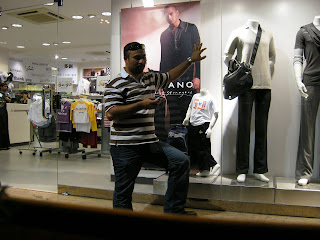 The model for the early 40's 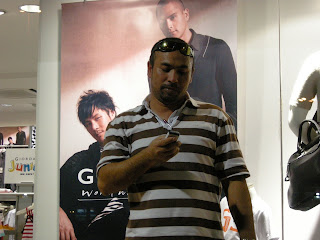 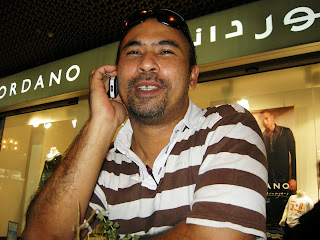 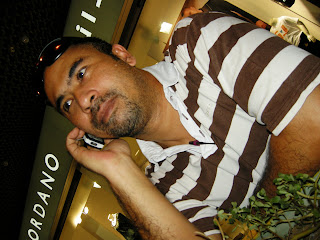 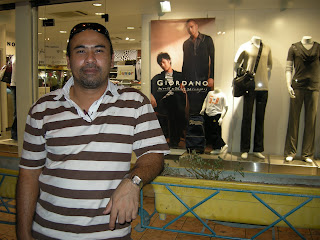 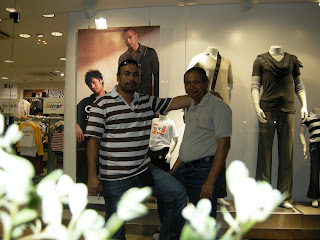 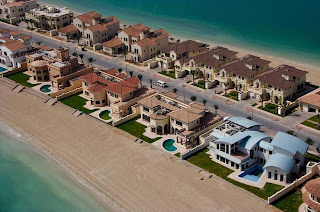 Every house has a beach. 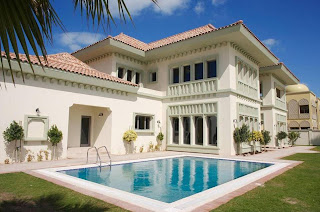 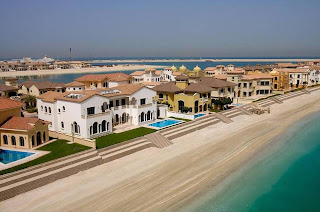 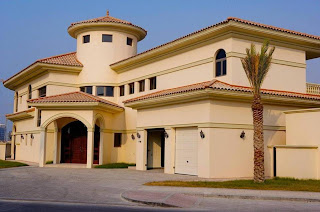 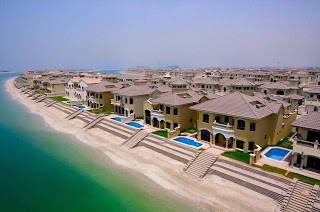 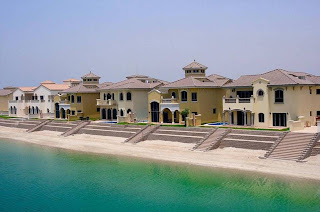 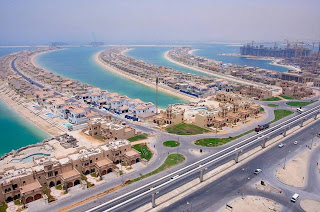 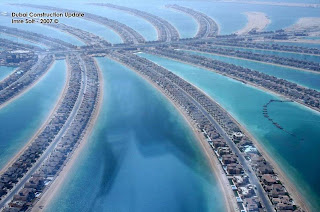 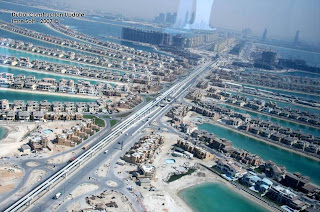 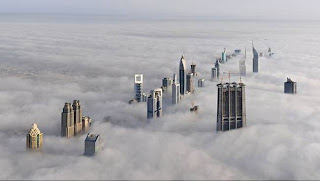 Really amazing! Look at the edge (uppermost right corner) of the picture, you can almost see the turn of the earth. 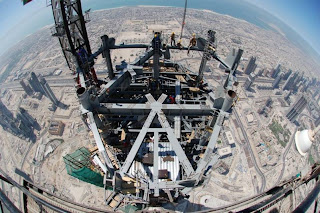 Forwarded email by Bobot Buendia
Posted by NJ Abad at 1:54 PM No comments: