The Riddle... Prologue to Another Day to Remember A Love Story 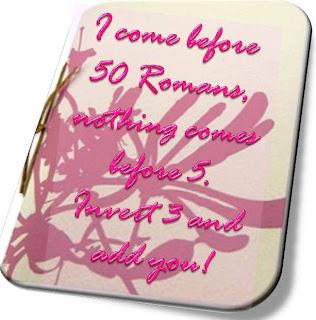 While exchanging volleys at that training center's tennis court that breezy Wednesday afternoon, the young couple in their early 20s were like a knight in shining armor and a beautiful enchanting princess. The neon-coloured tennis balls bearing the resemblance of red hearts were like adornments in the air. Earlier that day, the knight and the princess were gliding through one of Bohol's mangrove forest unknowing that destiny awaits over the horizon.

The merry month of May is said to cause the sinking to a few inches of this paradise-island. There is not a single day in the island that doesn't have a scene of festivities and merry-making. And the local inhabitants, wherever they are dispersed - domestic or global will constantly go home during this traditionally festive season.

That particular month, the island could have submerged some few millimeters more as a group of around 20 extension specialists of the Asian Development Bank - Aquaculture Development Project had a month training at the BFAR-FAO-UNDP Brackishwater Aquaculture Training Center in Calape, Bohol. Majority of the trainees were fresh graduates of the University of the Philippines College of Fisheries in Diliman who may be well-heeled and abounding in aquaculture theories and principles but may be deficient in the practical and sensible way of executing the knowledge from the academe. (This is probably one of the reasons why the UP System moved the College of Fisheries to UPV in Miag-ao since it is in the region where the seat of aquaculture in South East Asia is located.)

Humidity was fair that morning but you will see the young man profusedly sweating as he was cutting with a spade (tagad) the pond bottom soil into blocks (tableya) to make a dike of the pond. She was dressed like a princess of a fishing village with a wide brimmed hat as her crown standing by at the wooden slab waiting to carry the soil block like a scepter that would be passed to the rest of the relay team where it is stockpiled with force to the boundary line marked with a rope. Soil blocks upon soil blocks were piled amidst giggles and laughter and soon the minimum requirement for the trainees to accomplish was realized.

The 'dike workers' walked merrily from the mangrove forest through the foot path back to their digs to have their de rigueur shower.

Seemed like in a flash that the fragrance of sweet scented-people gathered at the lobby did not show any trace of the mud they were earlier draped that morning. The young lady looked pretty and striking in her summer apparel while the young man bragged his biceps and pectoralis formed after the morning exercise made prominent with his tight gray sleeveless shirt.

She bashfully pulled out something from her pocket and gave it to him. It was a girlish folding of a perfumed pink stationary and in it were carefully and painstakingly written words: "I come before 50 Romans. Nothing comes before 5. Invert 3 and add you!!!" He may be a bright young man and may be good in Math but it took him some few minutes instead of just few seconds to figure out what the riddle was all about. The moment he got the answer, a loud 'yeeessss!' reverberated at the lobby and his fatigued-face was transformed to a wide happy grin exuding high spirits and excitement.

That was 24 years ago today and the young man to this day admits that he really never immediately solved the riddle through his mind but knew that it was 'I LOVE YOU!!! from the prompting of his heart.

It's not all a bed of roses, chocolatey, sweet tweetums, and icing-on-the cake kind of relationship for the past 24 years for this couple but they have managed to survive and make that riddle even stronger than it ever was. They have included a third party in their relationship whom they consider the third cord that binds them even stronger together - the Great I Am!
Read more of the couple's story: Another Day to Remember A Love Story 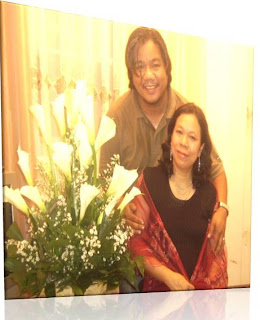 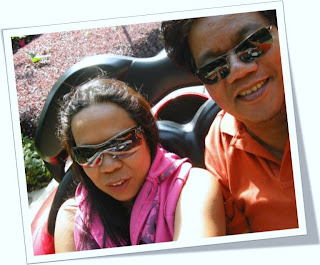 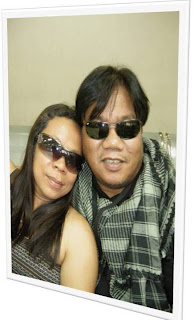 24 years have passed today and they are no longer together in the aquaculture industry.
She has given up her childhood dream of becoming a medical doctor but instead
pursued the young man's dream of becoming a lawyer. She is now a trial court judge.
Meanwhile, the young man is still with the aquaculture industry but is no longer
cutting soil blocks and making pond dikes. He is an OFW managing the
Harvest & Logistics Support Service Department of the
world's biggest aquaculture project.

Someone called me and said that he still can't figure out the riddle.
So for those who have a hard time figuring this out, here's how it is solved: