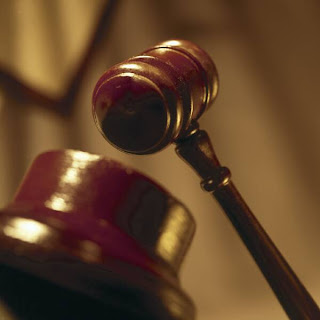 To be a lawyer was my childhood dream and I could have given that dream a shot in 2007 had I pursued my law studies. However, by fate and by choice I am here in the desert. I don't regret my choice (maybe just sourgraping) cause if I had luckily become a lawyer, I would unendingly call my wife "Your Honor" instead of the "My Darling" endearment to her.

Waiting with excitement for the results of the Bar Exams has become an annual affair ever since I was in Diliman campus, where we would wake up early in the morning to get hold of the newspaper that carried the list of succesful examinees. There was no internet yet at that time so the newspaper was the fastest way to get the news. The only other way was to go to Padre Faura and push yourself with the mob the moment the Supreme Court posted the list, which was traditionally done at midnight. Lately, the anticipation for waiting is to look for the names of my law school classmates and friends, and also for the law students of my wife.

The journey to becoming a lawyer is an arduous trek... 4 years of law studies, many months of review, sitting in for the exams for 4 Sundays of September under the threat of floods and typhoons... and the worst thing of all is the agony of waiting for another 6 to 7 months in an objectionable position of not having any hint whether or not one has made it.