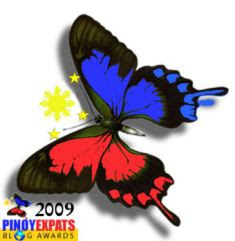 The Filipino Diaspora worldwide, either through voluntary or involuntary dispersion and immigration has created a “Filipino diasporic community”. Roughly around 12 million of the estimated 100+ million Filipinos are scattered all over 90% of the UN-registered countries in the world. There is a joke that every stone you see on the roads of any country you visit, you will surely see a ‘kabayan’ the moment you overturn that stone. A joke it may be, but it is true that Filipinos have inhabited almost every place on earth. If there is any country in the world that has no Filipino, the most likely reason is that the Filipino there may be an illegal alien, may not have been registered or has no valid travel document.

These over 12 million Pinoy expats have chosen to seek and search for better livelihood opportunities abroad so they may be able to support themselves and their families back home. They send back money to their loved ones and help the country sustain its economy. But the search for a greener pasture is not at all that easy. It is true that there are millions of Pinoys abroad who have created names for themselves and have excelled in their chosen fields of endeavor. However, statistics show that there are even more Filipino expatriates who suffer because of various reasons: some are deprived of employment rights and travel papers are unjustly withheld; some women are abused and sexually assaulted. and, some are isolated, discriminated and even harassed. Aside from the problems encountered by the expat in the foreign land, there are problems back at the home front that causes him to be hurt, sad or depressed. There are so many reported cases of broken families and conjugal infidelities resulting to misguided and rebellious children.

With all these things affecting the expatriate, the cyberspace has become his avenue to express his emotions and working conditions. It has become a means to communicate not only about his dreams, aspirations, hope, achievements, victories and triumphs but as well his failures, frustrations, disappointments and hurts in life.

As the Pinoy Expat/OFW blogs from around the Americas, Europe, Africa and Middle East, and the Asia and Pacific regions, it invites thoughts on issues of writing , photojournalism, and other media of expressing one's self as a Filipino in a foreign land. The blogs relate posts on the expatriate life, experiences, travels, relocations, musings, and anecdotes which are primarily a result of the experiences that impacted his life, home, family and work as an expat-blogger.

For almost a year ago now, the positive reasons and outlook of the Pinoy Expat’s expressed in his blog inspired Jebee Kenji Solis of Thoughtskoto to initiate the 2008 Pinoy Expats/OFW Blog Awards. His simple objective was to create an award for bloggers who infuse enthusiasm and inspiration for others to do good and become a ray of hope to others who have lost hope and faith for a bright future. That awards debut had successfully brought the Pinoy Expats and OFW bloggers into a new dimension of blogging - that of a purpose-driven blogging!

Buoyed with the success of the first year’s 10 Top Bloggers ,who have continuously blogged up to these days that message of hope, inspiration and optimism, not only for themselves and their loved ones, but also to the other discouraged Pinoy expat-bloggers-readers and to their home front followers, the PiNOY EXPAT/OFW BLOG AWARD (PEBA) looks ahead to its 2009 Season with a timely theme of “Filipinos Abroad – Hope of the Nation, Gift to the World”.

It's a great honor, to be invited by Kenji to join as a member of the Organizing Committee for the PEBA 2009 Season. With the support of so many Pinoy expats/OFW bloggers toward this project plus the cyberspace exposure it is getting, a few more seasons and PEBA will not just be a prestigious award giving body for Pinoy Expat/OFW Bloggers but will become a cause-oriented organization that will have its vision, mission, and projects and beneficiaries.

We may all be geographically separated from each other but the blog world is a borderless world for the Filipino diasporic community of bloggers to show their solidarity, cooperation, support and strength in advancing the message of hope and faith to all those who sulk in desperation and downtrodden in hopelessness.

Citation of PEBA in Wikipedia