October 2016 Update on the Traffic Laws of Saudi Arabia 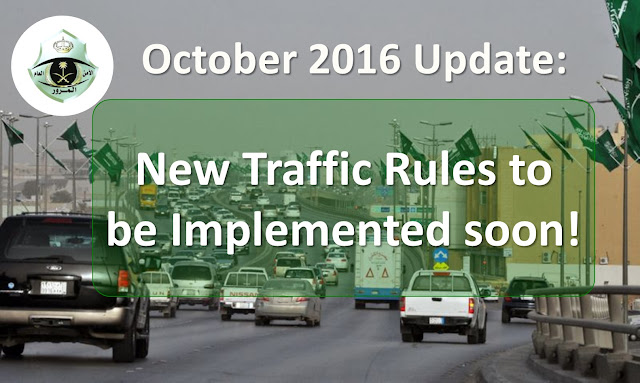 New penalties for traffic violations will come into force within the month of October 2016.

The General Department of Traffic is said to be finalizing the new penalties in line with the decision of the Council of Ministers as reported in a news article in Saudi Gazette last October 3.

During the 3rd Quarter this year, the Cabinet made major amendments to the articles of the Traffic Law to give tougher penalties for traffic violations.

The details of the penalties for various violations are:

Posted by Desert Aquaforce at 9:31 AM